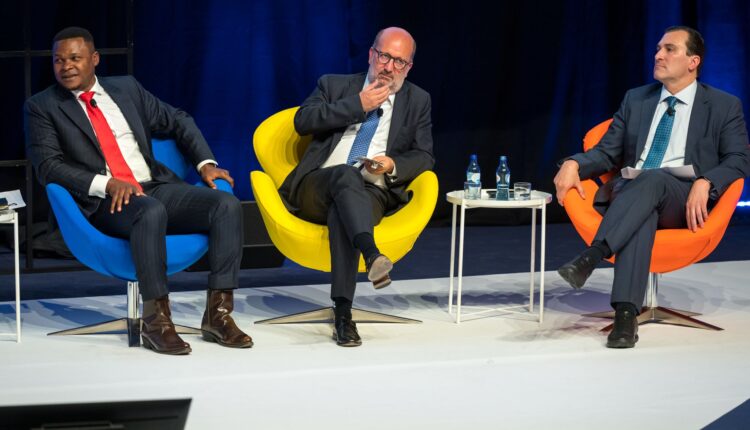 While western nations are gradually moving away from hydrocarbon exploration and production (E&P) to renewable energies as part of their decarbonization strategy, Africa remains a continent struggling with energy poverty and the continent’s socio-economic development is powered by the utilization of its abundant oil and gas resources.

NJ Ayuk, Executive Chairman of the African Energy Chamber has affirmed that Africa needs its oil and gas resources for industrialization, while Europe decarbonizes its energy systems.

Perhaps, report shows that countries in the EU are also responsible for approximately 18% of global carbon dioxide emissions produced since the industrial revolution began. In the third quarter of 2021 alone, the EU’s greenhouse gas emissions totaled 881 million tons of CO² equivalent.

More so, Africa holds some of the world’s largest oil and gas reserves – estimated at 125.3 billion barrels of crude oil, and 620 trillion cubic feet of gas. Despite these abundant resources, Africa’s development has been slow, largely due to natural resource exports, refined product imports, the lack of adequate infrastructure, and the lack of adequate investment and reinvestment in key sectors.

However, NJ Ayuk made a strong case for Africa at the Eurafrican Forum 2022 held in Portugal recently – highlighting the need to alleviate energy poverty in Africa through the utilization of the Continent’s oil and gas resources.

He said, “Europe needs to decarbonize and Africa needs to industrialize. And if you have to go from there, then you have to ask yourself, how can we achieve it?

“The oil and gas industry has been so demonized but I think it’s the most beautiful industry in the world. It has driven human civilization and it still has a lot of growth potential, especially in the African continent.
“They want the oil and gas industry to go away but we don’t believe that in Africa. We believe gas still has a future and we need to drive more gas because it’s the cleanest form of fossil fuel.

“Africa needs its oil and gas to grow. Wealthy nations have industrialized through the increased use of fossil fuels. They experienced amazing growth in economic prosperity. Increased life expectancy, cleaner air, cleaner water, decreased malnutrition, fewer deaths from infectious disease, and fewer climate-related deaths. Africans should not be denied that”.

Africa holds over 600 trillion cubic feet (tcf) of proven gas reserves and accounts for 7.1 percent of the global gas reserves as of 2019, according to a Deloitte report. The Continent is gradually turning into a big gas market in the world and the development of African gas resources can address its electricity deficit, bring power to major industries, unlock billions of dollars of investment, generate long-term economic growth, and create employment opportunities, including a major preferable supplier of gas to European countries among others.

Ayuk added, “At the same time, we need to drive renewables at the same pace. While you were producing gas, you need to give Africa chance to transition itself and monetize the gas for development and industrialization,” Ayuk explained. “How can you tell us that we’re going to industrialize Africa if we can’t use gas to develop Ammonia, Fertilizer plants and also use a lot of European technologies to do that?

“Of course, we can bring in solar and other renewables. Hydrogen has a big role to play. The infrastructure we are building right now when it comes to energy, we’re bringing in green hydrogen and investing in infrastructure to replace gas in the next generation.”

At COP26 in Glasgow, the western nations, including the United States and Canada pledged to end foreign financing on oil and gas projects to commit to reducing carbon emissions, thereby compelling the scaling down of equity investment in oil and gas exploration and production in favor of expanding their renewable energies portfolio.

Following the energy crisis coupled with the Russia – Ukraine war, the European Parliament approved a contentious EU rule labeling investments in gas and nuclear power plants as climate-friendly, throwing out an attempt to block the law that has exposed deep rifts between countries over how to fight climate change. The new rules will add gas and nuclear power plants to the EU “taxonomy” rulebook from 2023, enabling investors to label and market investments in them as green.

Speaking on this at the Eurafrican panel session, Ayuk said, “Let’s be practical about this. What did we do after COP26? After COP26, we made these pledges that we’re going to cut down emissions and hold back on oil and gas exploration and production. Gas was seen as the worst fossil fuel.

“What happened between January and February? The EU started saying gas is green because reality kicked in – energy security. We need to use that to focus on how we drive this debate moving forward.

“In January, Norway announced that they are going to do 52 oil licenses and Germany also invested more in driving exploration in the North sea. The UK, for the first time in 30 years, said they will open up coal power plants, and then Germany opened two new coal power plants, as well as the United States, opened up Federal Lands for drilling. China, Russia, and India are laughing at us because they are utilizing everything.

“When you turn around to Africa and you say well right now, natural gas we see it in the European “taxonomy” and we’re not going to finance it.

“We have big gas discoveries in Africa. Mozambique can become the third largest gas producer in the world. Right now, TotalEnergies have made significant oil and gas discoveries in Namibia, including Senegal, Mauritania, and Nigeria.

“Then you come back from Europe and you say well, we need you to bring gas to Europe. We need you to build a pipeline, but we’re not going to invest in infrastructure.

“We need to sow so that we can reap in the future for a sustainable world”.

Africa Must Move from PowerPoint Presentations to Concrete Actions – Kyari

ICAO, Qatar to Partner with Nigeria on Aviation University

Prev Next
Leave a comment
The Energy Republic September Edition

ogrepublic Sep 29, 2022 0
By Ndubuisi Micheal Obineme As Mozambique is experiencing an influx of investment across the entire value chain…